The time has finally come: the California bar exam has changed forever.

Beginning with the July 2017 exam, the CA bar exam will be shortened from three days to two, making the overall experience for exam takers much less grueling.

Historically, the California bar exam included two three-hour Performance Tests—closed universe practice questions requiring test takers to assess a “file” and “library” to use for a legal “task” that typically consists of some kind of written response (e.g., a legal memo, draft brief, letter to a client, etc.).

While 90-minute Performance Tests are new for California, the Multistate Performance Tests (MPTs) from the Uniform Bar Exam have always been 90-minutes so this is nothing new and, as a result, there are actually tons of 90-min PTs available for you to practice with. We have incorporated these 90-min MPTs into our curriculum for BarMax California.

As has been the case historically, the second day of the California bar exam will consist of two three-hour MBE sessions. During each of these sessions, test takers will be given 100 multiple-choice questions to complete.

As administered, here is a breakdown of the new California bar exam format, via the State Bar of California:

The scope of subjects tested on the California bar exam will not change.

Test takers will enjoy a number of significant benefits as a result of this new scheme.

The two-day format makes it possible, for the first time, for California bar exam takers will have the opportunity to sit for a second state bar (if desired). Historically, the third day of the California exam made this “overlapping bar exam” impossible.

The two-day format is also cheaper for test takers: less time away from work, one fewer night in a hotel room.

The new format requires less writing from test takers. For students who dislike essay-based exams, this is a net positive.

The flip side, of course, is that the MBE is now more heavily weighted than it has been in the past. This is a net positive for those students who can perform well on multiple choice examinations. For those who dislike multiple choice, this restructuring provides extra incentive to practice, practice, practice using real MBE questions. According to the State Bar of California, the restructuring and attendant changes in grading are not expected to disadvantage any group of test takers, including minorities.

One final benefit is Schadenfreude: Those young whippersnappers fortunate enough to sit the new two-day exam can lord their “easier” California bar exam experience over those of us who suffered through the extended version. (PS: In turn, we’ll always think you’re soft.)

Of course, the ultimate question is whether this restructuring will lead the California bar examiners to eventually adopt the Uniform Bar Exam (UBE), as numerous experts and academics have urged.

So far, no dice but moving from three days to two days is clearly a step in the right direction.

Ian is a staff writer for lawschool.com View all posts by neoneon → 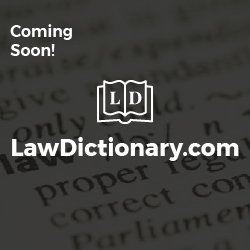